One step further than self-driving cars

In our mid-term vision, we see a world of operatively autonomous devices. To understand what this term is, we can start by looking at different levels of autonomy. 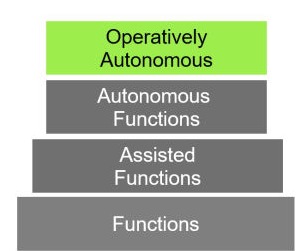 To understand what this term is, we can start by looking at different levels of autonomy. The main function of a vehicle for example is to drive from point A to point B. Some very simple autonomy was created with the invention of cruise control – an assisted driving function – to maintain your speed as you drive. Basic autonomous driving functions such as self-parking have been standard on new vehicles for several years now. At the cutting edge of autonomy for vehicles, we are starting to see the first stages of fully self-driving cars appearing now.

However this isn’t the most autonomous that a vehicle can be. Aside from the primary function of a vehicle there are many other things that a vehicle owner needs to do. For example: refuelling or recharging, regular maintenance, dealing with a flat tyre, and so on. These can be called the “operative” functions around the vehicle. The execution of these functions currently is either completely up to the operator of the vehicle or assisted by a service provider through management and assistant software. 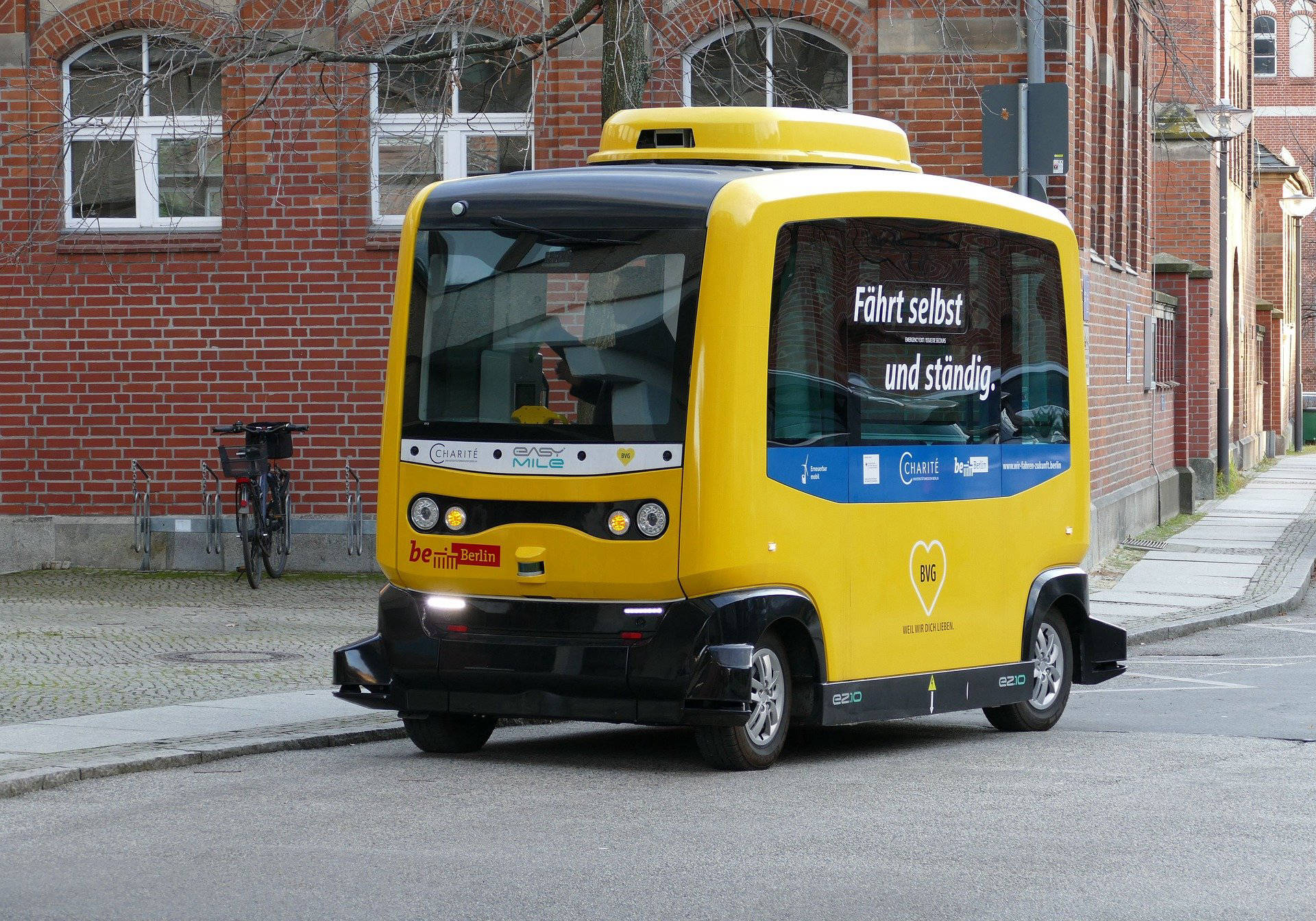 So, an operatively autonomous vehicle is one that can organise all aspects of its functionality autonomously without human interaction. Science fiction would have us imagine a world where the car can perform all of these things alone, however the real world tells us that devices operate best when the scope of their duties is more limited. So instead of a car being able to change its own tyre or generate its own power, we see a world where it can instead discuss and negotiate these operations with other systems. That is, an autonomous vehicle could broadcast that it needs fuel somewhere within the next 50km along its current route, and every petrol station is able to make an offer that the vehicle then chooses from. The decision making itself may be based on artificial intelligence or other algorithmic processes, but before that’s even possible, devices should be able to communicate autonomously with each other – like people. This communication layer for this interaction is our decentral network protocol (dnp).

This can also be imagined for innumerable other devices other than vehicles. Coffee machines that order beans when they’re running low; printers that order paper, toner, and maintenance; and much more. dnp enables devices with AI to autonomously organise their operative functions and act as an ecosystem for operatively autonomous devices.

Without a communication layer like dnp, operatively autonomous devices would either not be possible or would be significantly more limited in functionality. Device manufacturers would have to create and maintain billions of APIs and there would be continual exceptions and problems. The entire undertaking would be extremely complex and costly. With dnp, device manufacturers can take a technological leap and make possible new ways of interacting with their devices.

Operatively autonomous devices are devices that interact with one another autonomously for all of their typical daily functions, no longer requiring human facilitation for routine operative tasks. For example, a machine that requires solely periodic cleaning is “operatively autonomous” if it cleans itself or itself organises for someone/something else to clean it. A machine that requires both periodic cleaning and supply refilling however is only partially autonomous if it has a self cleaning function. Thus to be fully autonomous, a machine must - in the vast majority of cases - have an autonomous method of external communication.

We aim to provide this operational autonomy by adding to the emerging field of artificially intelligent devices the dnp framework as the communication layer that these devices use to exchange information about their requirements and offers. This can in some ways be thought of as a virtual “automated services marketplace”. The aforementioned machine may send a message advertising its requirements for cleaning, and various offers are made from services that provide cleaning (maybe some human, maybe some not). The machine uses algorithms - potentially augmented with machine learning - to choose the offer that suits it best based on the various factors involved such as cost, time, and reputation/quality of the service provider.

Hereby, we become a key part of the underlying ecosystem infrastructure for the emerging world of operatively autonomous devices. The device manufacturers are responsible for building the devices and creating algorithms and AI to make them fit for the task, but without any need to organise the communication layer. 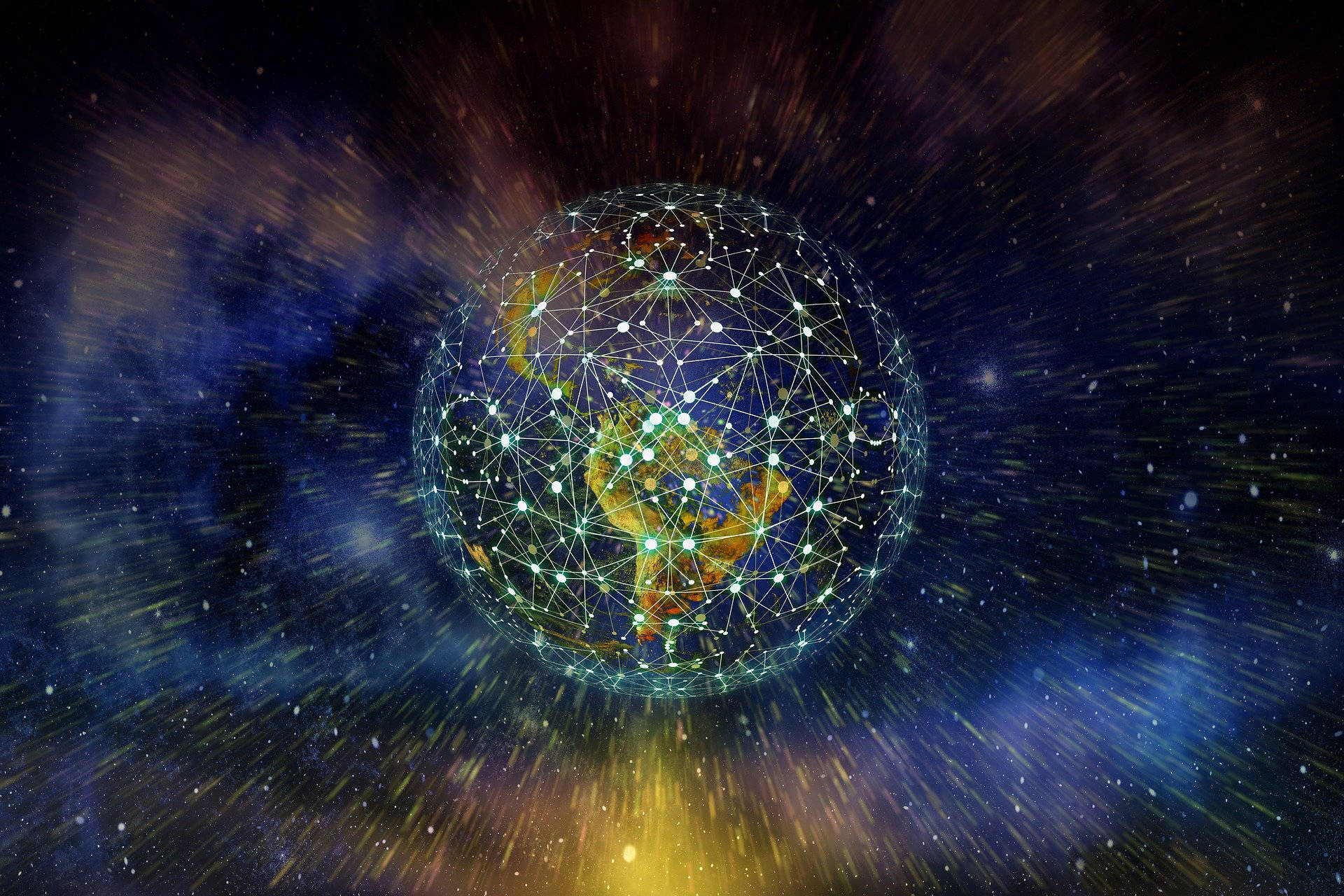 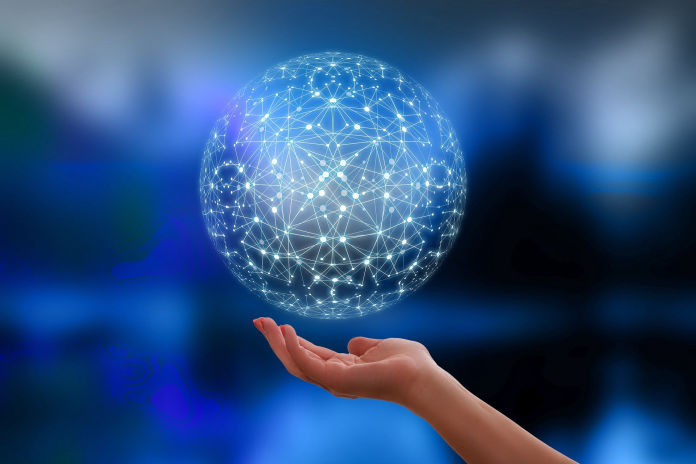 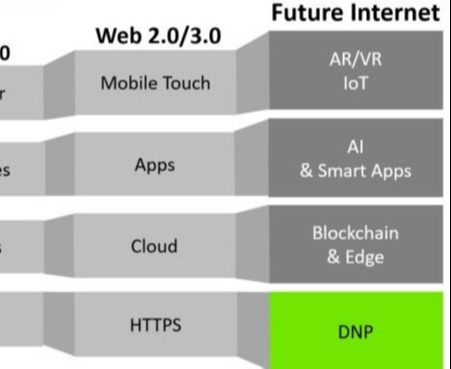 Long-term vision: Base layer of the future internet

dnp as the HTTP of the decentral internet.